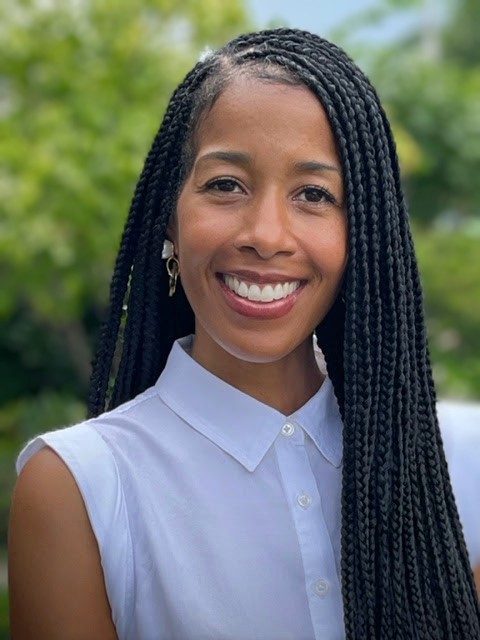 After a six-month national search, Angela Allie has been named executive director of the Institute for Learning (IFL) at the University of Pittsburgh.  Part of Pitt’s Learning Research and Development Center, the IFL partners with school districts across the U.S. and internationally to develop programs and knowledge about school improvement, particularly for traditionally underserved students.

Allie brings more than 20 years’ experience in systemic school change, culturally relevant teaching, and professional learning for racial equity in K-12 settings to the position. At the IFL, she will oversee strategic priorities and leadership development.

Most recently, Allie was the Executive Director of Pittsburgh Public Schools’ Equity Office (PPS, 2016-2022) where she worked to ensure educational equity across all PPS schools as part of the district’s Equity Plan.

Allie received both her Master’s degree (Secondary Education) and Bachelor’s degree (English Literature) from Hampton University. She is a recipient of the 2010 Equity Leadership Recognition Award from the Summit for Courageous Conversation, was a K. LeRoy Irvis Pre-Doctoral Fellow (2008-2011), and an inaugural graduate student fellow with the Duquesne University Center for Educational Leadership and Social Justice (2009).

A Pittsburgh native, Allie has been recognized for her vision, leadership, exceptional achievements, and service. She was a “50 Women of Excellence” recipient and named a “Fab 40” by the New Pittsburgh Courier (2014, 2012, respectively), a Martin Luther King Jr. Distinguished Leader (Coro Pittsburgh, 2014), and a Barbara L. Jackson Scholar (University Council for Educational Administration (UCEA, 2010).

Anthony Petrosky, IFL’s Director, said  “Under Angela’s leadership with her deep understandings of equity, public education, and the Institute for Learning, the IFL will continue to develop and grow its important work in schools.”

The Institute for Learning (IFL) was founded in 1995 by Lauren Resnick, an internationally renowned cognitive psychologist and senior scientist at the Learning Research and Development Center at the University of Pittsburgh. It was created to help schools and districts provide opportunities for all students to reach or exceed world-class standards. .